Ruth Oren grew up in Jerusalem, Israel.  She dreamt of joining a kibbutz and signed up to study agriculture, but the Israeli War of Independence intervened.  She volunteered and served as a Signal Operator in the Palmach during the war.  She then studied law at the Hebrew University of Jerusalem where she received her MA.  Ruth joined S. Horowitz & Co after her studies and was a lawyer and partner in the office for nearly 60 years, until her recent demise.

There were few, if any, lawyers in Israel who had Ruth Oren’s legendary status.  She was universally regarded as one of the leading corporate and commercial lawyers in Israel.  Ruth represented many of Israeli’s major companies and institutions, as well as multinationals, including all of the Israeli banks, the Weizmann Institute of Science, HWZOA and Hadassah Hospital, Readymix, Koor, Citibank, Chase Manhattan, ABN Amro, Bear Sterns, Eliezer Fishman in many of his acquisitions, including in the tender for the acquisition of Bank Hapoalim, Price Waterhouse, Somekh Chaikin  KPMG, Ernst & Young Israel – Kost Forer Gabbay & Kasierer, Luxembourg Industries, Tnuport, Cross Israel Highways, Tel-Aviv University and many, many more.

Ruth Oren was instrumental in the establishment of Israel’s first technology transfer company, Yeda Research & Development Co Ltd (of the Weizmann Institute). She created the legal licensing model applied by Yeda to this day, which model has been followed and is still used  by many of the world’s leading academic institutions.  The admiration for Ruth was not limited by national boundaries and she found herself taking the lead even in transactions which had no connection to Israel.  Ruth also advised many of Israel’s leading businessmen on their personal legal matters. Unsurprisingly, Ruth was asked to serve on many boards and committees. Amongst others, she was a board member of the Koor conglomerate,  a member of the Tel-Aviv University executive committee and a member of the public committee established by the Minister of Justice to examine the operation of the Israeli Bar Association and its structure.

Aside from receiving repeated accolades from all reputable international legal guides, in 2001 Ruth was one of the first recipients of the “Women in Law” award of the Israeli Bar Association, and in 2013 the Hebrew University of Jerusalem law faculty awarded to Ruth the first Lifetime Achievement Award ever bestowed by the faculty.

Ruth was unique not just because of her knowledge, legal expertise and intelligence, but also because of her common sense, complete devotion to her clients and  her collegiality, all grounded on her unswerving integrity, high ethical standards and morality.  In addition, despite her incredible success and achievements Ruth Oren remained genuinely modest and accessible to all; members of the firm, no matter their status, as well as many others, including colleagues in the profession, who simply needed the advice of somebody with exceptional intelligence, a clear moral  compass  and sympathetic ear, regularly approached Ruth for assistance or advice – her door was always open.  She was also an exceptional partner and colleague, who put the good of the firm before her personal interests and always looked out for all those who made up S.Horowitz  & Co.

Perhaps Ruth’s own words spoken upon receiving  her Lifetime Achievement Award at the Hebrew University, express her approach best:  “The world of law has given me more than I have given back. Thanks to my profession I have met businesspeople, scientists, people in diverse positions and, of course, attorneys. These acquaintances have enriched me both personally and professionally. I’m glad to say that I have made many friends, and many of them have come here this evening … I have been lucky enough to live a life doing something that interests me and that I like. I owe a debt of thanks to the profession.” 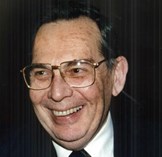 Amnon, the third of four children of late Nehama and Yehezkel Goldenberg, one of the founding families of the city of Hadera, grew up with strong Zionist roots. After graduating from high school in Hadera, he studied at the Faculty of Law at the Hebrew University in Jerusalem, and graduated with honors in 1956. He completed his military service at the military prosecutor’s office and, in 1959, completed his Ph.D. in London. Upon his return to Israel, he interned at the office of the District Attorney, Tel Aviv District and at the S. Horowitz & Co firm, which he hereafter joined as an associate.

In 1965, Amnon became a partner at the law firm, and soon gained fame as a brilliant litigator and as a persuasive and exceptional jurist. More and more was his assistance sought in complicated cases and appeals. By the 1970s, he was already well-known throughout the country and his counsel was often requested by prominent Israeli government and economic officials as well as by lawyers. During this period, Amnon contributed substantially to establishing the firm’s reputation as one of Israel’s leading law firms. Amnon’s integrity and collegial demeanor earned him the sobriquet ‘the gentleman of the profession’.

Intellectual property law was always close to Amnon’s heart. During the years of his most intensive activities he was considered the leading figure in the field. He was the foremost expert, and handled all of the most complex and challenging cases in this area. Amnon laid the foundations and developed the various branches of intellectual property in Israel: he dealt with patents, copyright and performers’ rights, designs and trademarks, appellation of origin, trade secrets and unjust enrichment law. In each of these areas Amnon left his footprint and generated precedents which would guide the field during both his generation and generations to come. The legal precedents he generated were adopted later on by the legislature in more than one instance, for example concerning copyright protection for computer software, or the application of unjust enrichment law as a supplement to patent law.

From 1979-1983, Amnon was President of the Israel Bar Association, chaired many important public commissions and served as a senior lecturer at Tel Aviv University Faculty of Law. He published numerous articles in law reviews and books, was a member of the teaching committee at the Law School of the College of Management, Chairman of the Israel Democracy Institute, of Yad Chaim Weizmann, and of additional organizations.

Amnon was known always to strive for excellence. He was a man of many interests, immersed in languages and books. He was a master wordsmith and loved music deeply and thoroughly. One of his favorite roles was serving as Chair of the Israel Philharmonic Orchestra. However, the law was surely the field which reflected his personality the most, and to which he had decided since adolescence to devote his energy. Amnon was an exceptional person, a jurist of great stature, who left his mark in academia, in courtrooms, in social and economic life, and in important public organizations. His lawyer’s cloak, even if invisible, was always on his shoulders. Amnon rejected appeals regularly made to him to serve as a government minister or as a Supreme Court Justice, saying that his skills and expertise lay in being a litigator.

In early 2000, Amnon resigned from the firm he headed due to poor health. He passed away in 2005.

His rich library, lovingly gathered over decades, was donated to the Sapir College in the Negev, and is named after him. Amnon is survived by his wife Ora, his children Adar, Efrat, and Arnan, and six grandchildren, only two of whom he had the chance to know.