Client Update: I See Your (True) Colours – The Registerability of Colours and the Names of Colours as Trademarks

Colours symbolize many things in our daily lives and the meanings attached to different colours are expressed in various areas, for example: signs (green for approval and red for prohibition); emotions (green for jealousy and red for passion and love); culture (green for money); or authority (blue for the police and red for ambulances). Colours are utilized to convey messages and it is clear that the human brain has become accustomed to identify and associate colours with different categories it encounters.

Bearing that in mind, the question arises whether a person or entity can make use of colours per se (i.e., not in a specific shape, like a yellow circle or a blue square, but yellow or blue in any form) in order to mark itself and its specific goods and moreover, whether the said person or entity can acquire the colour and use it exclusively. In other words, does the possibility exist for colours to be registered as trademarks?

Over the years, rulings in Israel have dealt with this question in various ways. Principally, a colour is indeed registerable in Israel as a trademark. In the famous Kodak case (225/96 Eastman Kodak Company v. Conco Ltd.) the District Court held that a colour per se is eligible to be registered as a trademark since it is capable of acquiring secondary meaning and distinctive character. However, in the Strauss case (10603/09 Strauss Ice-cream v. Noga Ice-cream) as well as in similar cases, the District Court narrowed the rule and held that usually, no monopolistic intellectual property protection (based on trademark or other grounds) may be conferred on a particular single colour, since colours are in the public domain and should not be granted exclusively to one person or entity. The court further clarified that the exception to this rule is in the very rare situation in which a colour is found to have acquired a secondary meaning among consumers who identify the product with that particular colour for an extended period of time, as was held in the Kodak case, concerning the colour yellow.

Recently, in a decision emanating from an application filed by “Tnuva” (the largest food concern in Israel) for the registration of a trademark on a particular shade of gold, the Commissioner of Patents, Designs and Trademarks, Mr. Ofir Alon, revisited this issue.

Briefly, Tnuva filed two similar applications (Applications for Registration of trademarks nos. 271714 and 271715) to register the colour gold (Panton 871) as a trademark for all goods in class 29 for superior Kashrut (“Mehadrin” – the most stringent level of kosher supervision). The clientele is a specific consumer audience – the ultra-Orthodox sector. It should be emphasized that the application was filed for the colour per se, without limiting it to a particular form. Indeed, the colour appears on the packaging of Tnuva’s products in different locations and forms, depending on the design and shape of the specific product.

Tnuva claimed that for more than a decade, it has acted to instil the association of the gold colour as a mark in the consciousness of the ultra-Orthodox clientele and that over the years the colour has become identified with its Mehadrin products.

In a long and detailed decision, the Commissioner rejected Tnuva’s applications on various grounds (for example, because the mark is not defined in a tangible and permanent manner so it does not meet the basic definition of a mark and etc.). One of the main grounds of the decision was that the requested trademarks lack distinctiveness. The Commissioner stated that [free translation from the Hebrew] “normally, colour is not perceived by consumers as identifying the origin of the goods, and moreover, the use of colours should remain open to public use”.

Based on the work instructions of the Israeli Trademark Department, the Guidelines for Examination of European Union Trade Marks and the Trademark Manual of Examining Procedure in the USA, the Commissioner determined that “a trademark which is a colour is inherently non-distinctive and therefore not eligible for registration on the basis of section 8(A) of the Israeli Trademark Ordinance.” With regard to the gold colour, the Commissioner stated that “when it comes to the colour of gold, I believe that the consumer does not normally see gold as a trademark because it is used to seeing it as an element of prestige, not as indicating the source of the goods”.

When discussing whether the requested marks acquired a distinctive character as a result of use, the Commissioner emphasized that “the burden of proving the acquisition of a distinguishing character is heavy and significant, and I doubt whether it can be lifted, and even if it is lifted, whether it is appropriate to expropriate the colour of gold from the public and to register it as a trademark in favour of the applicant.”

In other words, it seems that the Commissioner’s principled position is clear – colours should not be registered as trademarks but in extreme cases, in which there can be no dispute that the colour has acquired a distinguishing character and secondary meaning, they may indeed be registered.

The Commissioner took the inherent lack of distinctiveness in colours one step further in the decision in the application of CHANEL for the registration of the word BEIGE (and not the colour itself) for “Bleaching preparations and other substances for laundry use; cleaning, polishing, scouring and abrasive preparations; soap; perfumery, essential oils, cosmetics, hair lotions; dentifrices” in class 3 (Application for Registration of trademark no. 290317 “BEIGE”). As with his conclusion regarding the registration of a colour per se as a trademark, the Commissioner determined that “in general, the name of a colour should not be permitted as a trademark because colour is a feature of the goods, the consumer does not see the name of the colour as describing the origin of the goods, and the word must be left open for public use. In appropriate circumstances, it is possible to deviate from this rule when it is proved that the mark has acquired a second meaning, as a source identifier”.

Nevertheless, the Commissioner acknowledged one exception to the aforesaid. The Commissioner determined that the name of a colour would be registered as a trademark as long as it pertains to goods that are not related to colour at all: “As an exception to this rule, it is possible to permit the registration of a colour name for certain goods, when the colour cannot be seen as characteristic of the goods, so the consumer will see the name of the colour as a source identifier and not as a description of a characteristic of the goods, nor is there an expropriation of the colour from the public”. As an example, the Commissioner brought the trademark “OPAL BLUE” which was registered for computer software in class 9. The Commissioner stated that “colour is not usually a feature of software and the public does not attribute any importance to colour in the software field and therefore, the decision of the European Intellectual Property Office (R664 / 2016-4C) states that there is no prevention to register the trademark”. 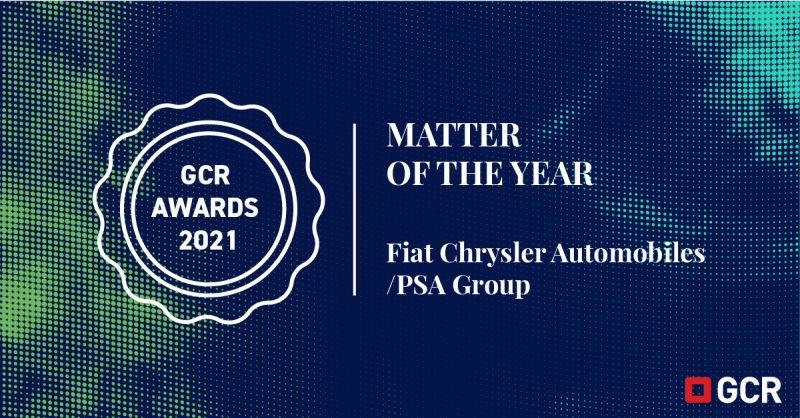